Hail to the king, piggies!, by SwordLord

Fight as the King against the evil Pigs and hunt them through your Castle. Put those pigs in a bubble and burst it to defeat the pigs. But beware, not all pigs can be bubbled!

The latest version is the first Release Candidate. This means, that Pigs n Kings is nearing its first official release, containing one fully playable level.

Important! If you played the game before (in an earlier dev preview): Make sure to delete all the save files in the /Pigs n Kings/ folder in the root of your SD card. Or the game will crash since we changed the structure of the saved data.

This Blit is a Beta release

This Blit was contributed by LordEidi; it has 1 older versions listed. 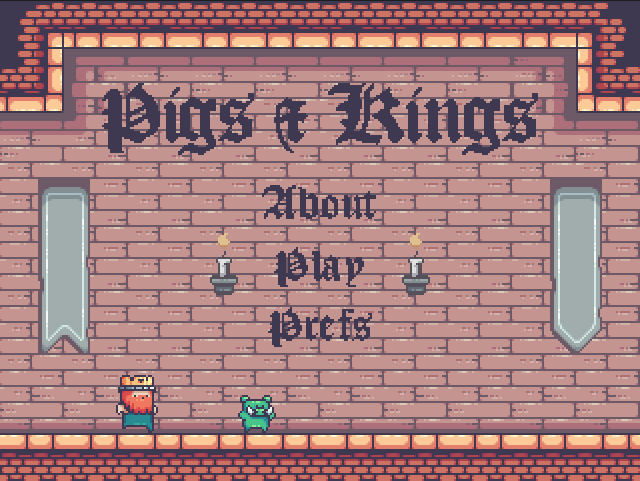 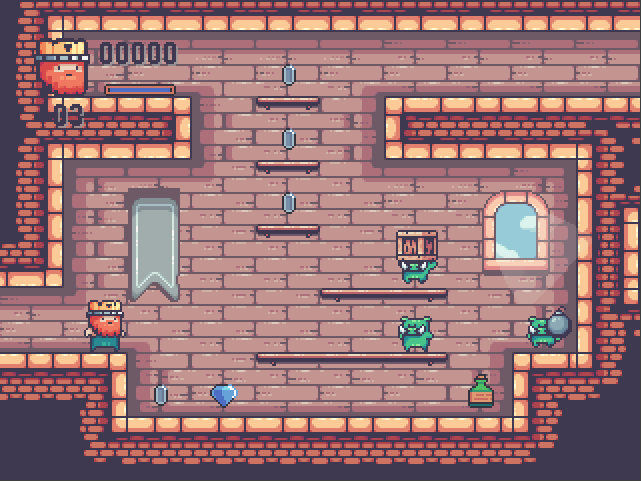